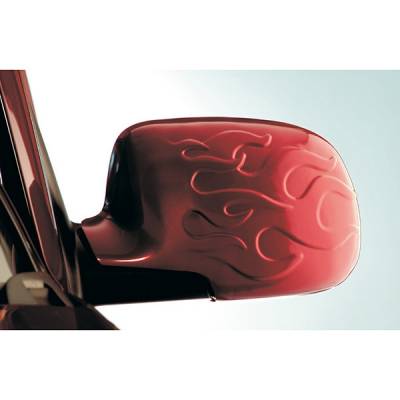 V-Tech offers more styles, designs and applications for custom covers than any other manufacturer. Only V-Tech has the exclusive "rolled edge" trim for perfect fit and finish. All V-Tech products are made from V-Tuff, our rugged ABS plastic formulation

Quality V-Tech has a commitment to fit and quality that is not matched by any other taillight cover manufacturer. All our parts are vacuum formed and not injection molded. The benefits we gain from vacuum forming result in the best possible fit. By forming a solid sheet of plastic over a mold we are able to maintain a smooth surface that is very paintable. This process also enables us to use thinner plastic and achieve a smooth rolled edge for a much flusher fit. All V-Tech parts install with 3M's best tape.
USD 51.99 2 40.99 51.99
Was: $51.99
Sale: $40.99

All V-Tech parts paint very easily. Surface should be scuffed with scotch brite pad or 600 grain sand paper. Parts do not require flex additive due to rigidity of plastic and stiffness of surface to which it is applied.