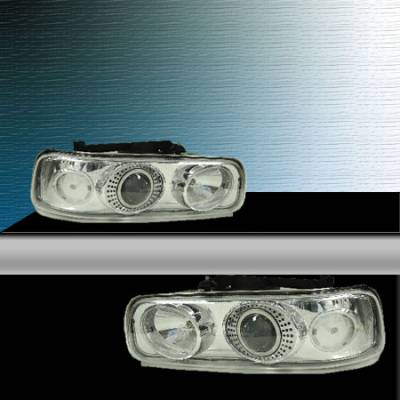 The years 1998 and 1999 were explosive growth and expansion periods for Genera. During that time, two new distribution centers were opened; One in Aurora (Chicago), Illinois, and the other in Coppell (Dallas), Texas. During this same timeframe, the California distribution center was moved to a 165,000 sq. ft. facility in Ontario, CA, and a separate free standing Corporate Headquarter building was established in La Palma, CA. In January of 2002, Genera?s fifth distribution center opened in Suwanee (Atlanta) Georgia. Genera sales are expected to exceed $186 Million in 2007.

TYC Brother Industrial Co., founded in 1986 is, a world class automotive and motorcycle lighting equipment manufacturer for OEM & aftermarket. Headquarter located in Tainan, equipped with updated hi-tech production facilities and vast experience in production technique as well as professional personnel that assure prompt delivery and high quality products. It has attained various quality certification such as ISO14001, ISO19001 and ISO/TS16949 and has been approved as full participants of CAPA parts certification program for North America since July 2005. TYC produces the most comprehensive aftermarket lamp line in the industry, in addition to designing and manufacturing Original Equipment Lamps for well known two and four wheelers OE vehicle manufacturers in North America, Europe, Asia Pacific, Middle East and Africa.

The concentration on upgrading it?s technical and R& D capabilities including the application of most advanced technology has gained excellent performance in meeting TYC?s customers satisfaction. The standardization and automated manufacturing process has continuously contributed to high efficiency in quality control and manufacturing process. TYC is proud of each lamp produced which undertook the most stringent quality check that starts from the incoming material to production and until the final packaging and transport delivery to it?s customers.